Skip to Content
By continuing to use this site, you agree to the use of cookies. Find out more
Home Blog Coach Stories Knowing Your Why

I’ve been training for and racing triathlons for 15 years, pretty much since I graduated from law school way back in 2005.  While its not nearly as long as some people (Dan Empfield I’m looking at you) it’s still a lot longer than most people currently involved with the sport.  There’s a lot of reasons for longevity, or lack of longevity in the sport — age when you start, susceptibility to injury, family and work demands, financial considerations, finding new and interesting hobbies — but the biggest one for me is having an evolving why. 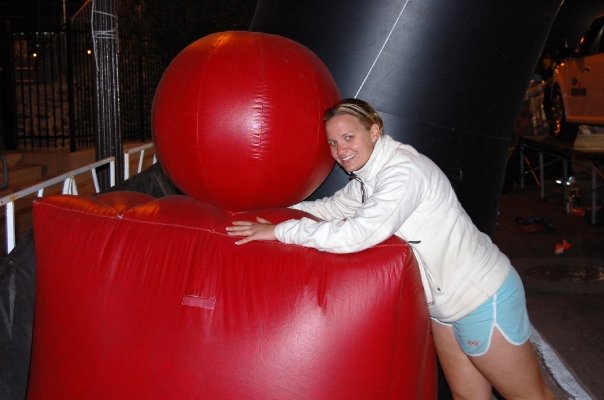 Let’s start with the basics.  Whys are like food preferences.  There are no good or bad whys, just ones that work well for you personally (and ones that don’t work so well for you personally).  I love black licorice and hate watermelon.  You may not agree with those preferences, but just like a why, you don’t have to agree in order for them to work for me.  We can all be judgmental from time to time and it’s important to remember that what’s important about your why is that it the why matters to you. 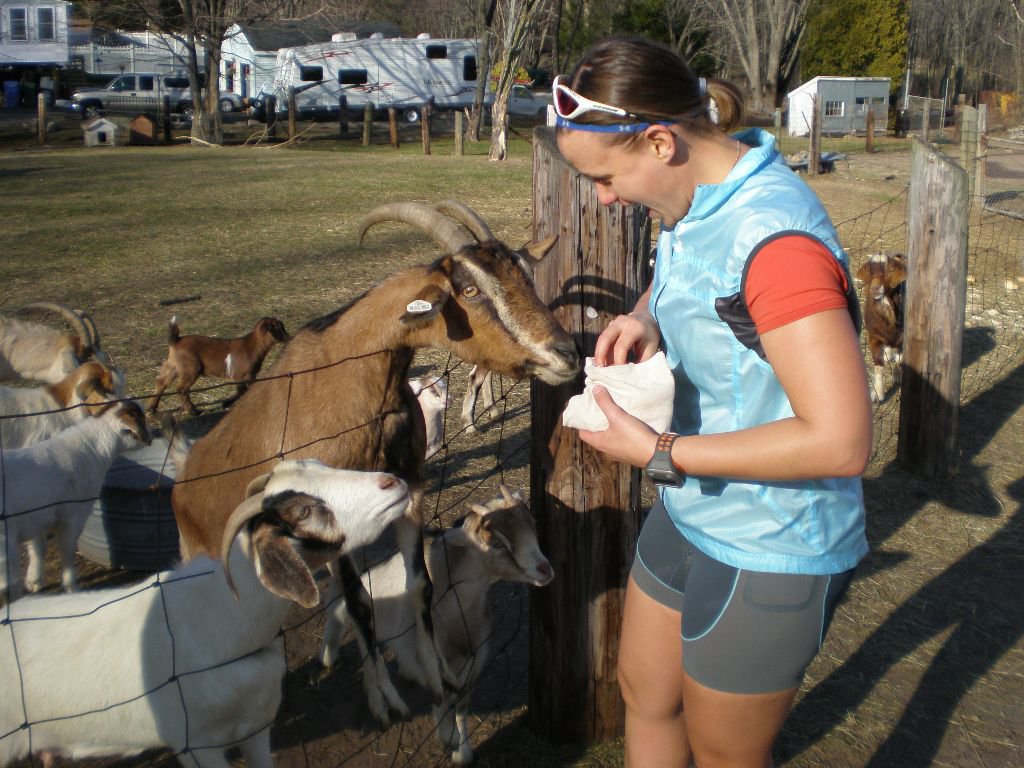 My very first triathlon why wasn’t particularly inspirational.  I started running in law school and experienced a lot of progress.  Its fun to get faster and faster, especially when there wasn’t a whole lot of effort involved.  And then I got hurt.  Sprained my ankle about eight times over the course of a year and needed reconstructive ankle surgery.  That was fun.  Rehabbing from surgery in the winter of 2005-2006 I realized that I needed to diversify and do more than run.  I decided that I was going to do triathlons.  My why — pretty much to see if I could.  I came from a swimming background so I didn’t worry about that.  I bought a road bike off of eBay (for those interested it was a Mercier Elle and based on the 2021 list price, I WAY over paid back in 2006).  In the course of 8 weeks in August and September of 2006 I went from doing my first Sprint at the Niantic Bay Triathlon to my first and second Olympic Triathlons to my very first 70.3 at the now defunct FIRMman in Rhode Island.  My motivation the entire time — just seeing if it was possible for me to finish these events. 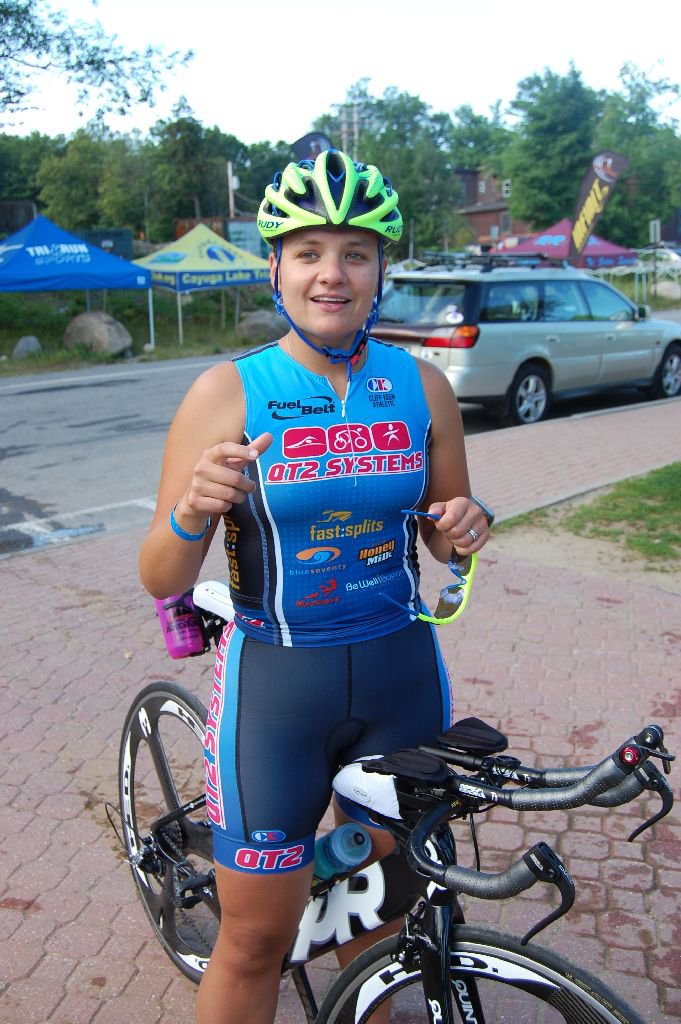 After actually finishing everything I set out to do in 2006, my why changed.  I knew I could finish a 70.3 and I wanted to go longer. I’ll note from a coaching perspective I was 25 in 2006.  I probably would have been better served by getting faster first then adding distance.  BUT I was 25 and wasn’t listening to anyone.  In 2007 I signed up for my very first IRONMAN in Louisville, Kentucky scheduled to take place in August of 2008.  I was diligent in my quest to go long.  I signed up for and rode in centuries all over New England, I slogged through long runs and I loaded all of my tri gear into a Honda CRV in late August of 2008 and drove from Connecticut to Louisville, Kentucky.  In retrospect I was COMPLETELY unprepared.  But I had my why to fall back on — BECOMING ON IRONMAN and I finished the race in 15 plus hours. 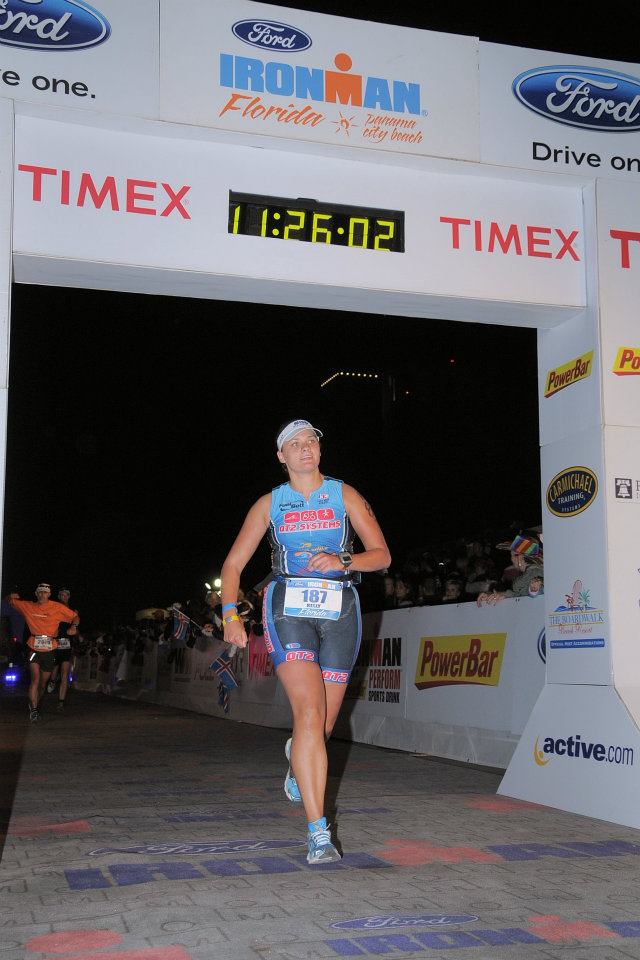 Having gone long, my why changed again.  It wasn’t enough to be a bucket lister.  I was going to race all the IRONMAN races!!!  I planned to go back to Louisville again in 2009 and to pick up IRONMAN Arizona as well.  I had to bag Louisville.  A month long trial in New York City in June of 2009 destroyed my ability to train.  100 hour billable weeks will do that to you.  I did race Arizona and shaved an hour off my finish time.  14 hours!  Booyah!  While in all likelihood the time improvement was due to better weather and a flatter course, I was pumped to be finishing faster. 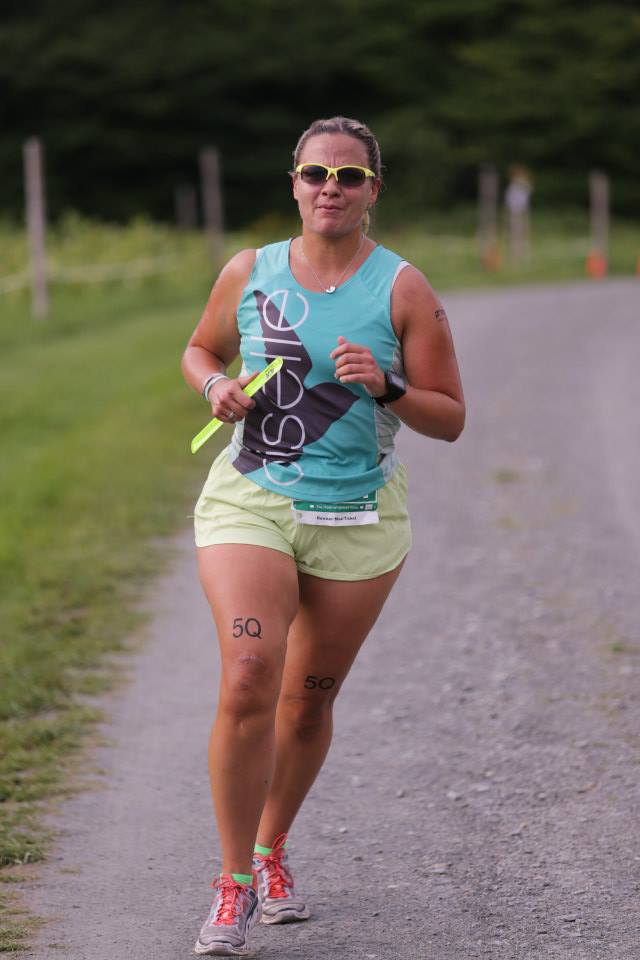 And so my why evolved again.  I wanted to be as fast as I could possibly get.  I took 2010 off from long course racing and put in a ton of training.  I was probably a little obsessed with getting faster.  I raced IROMAN Lake Placid in August of 2011.  It was amazing (you can check out my race report here).  I had one of my best runs ever and finished in 12:47.  I had legitimately gotten faster.  I kept at it and raced IRONMAN Florida in November of the same year.  Another great race (here’s the race report from that race). 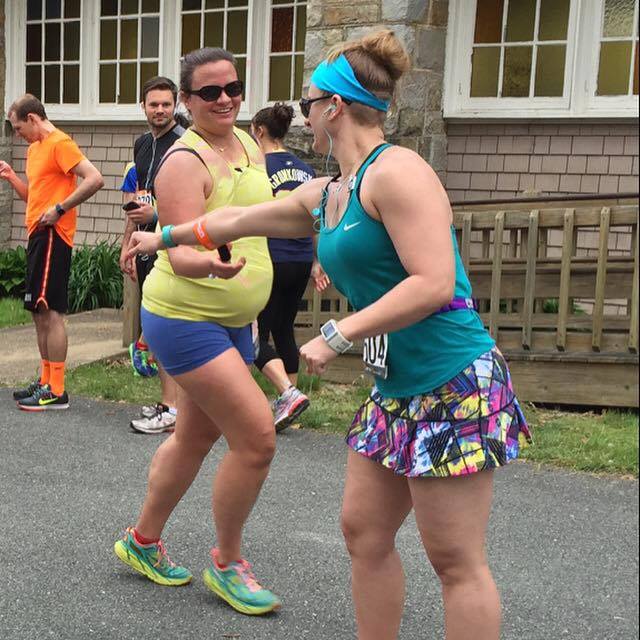 I wanted to keep getting faster and faster.  I held it together pretty well in 2012 with another solid race at IRONMAN Florida, but then life got in the way.  In 2013 I had foot surgery and then in 2014 I had a pretty serious bike crash during Challenge Atlantic City.  Rehab was long and arduous.  Then in 2015 I got divorced, remarried and found out I was pregnant.  Life changed a lot and again so did my why.  I went from getting faster to keeping moving.  Running in RAGNAR Cape Cod while seven months pregnant was a pretty huge accomplishment for me. 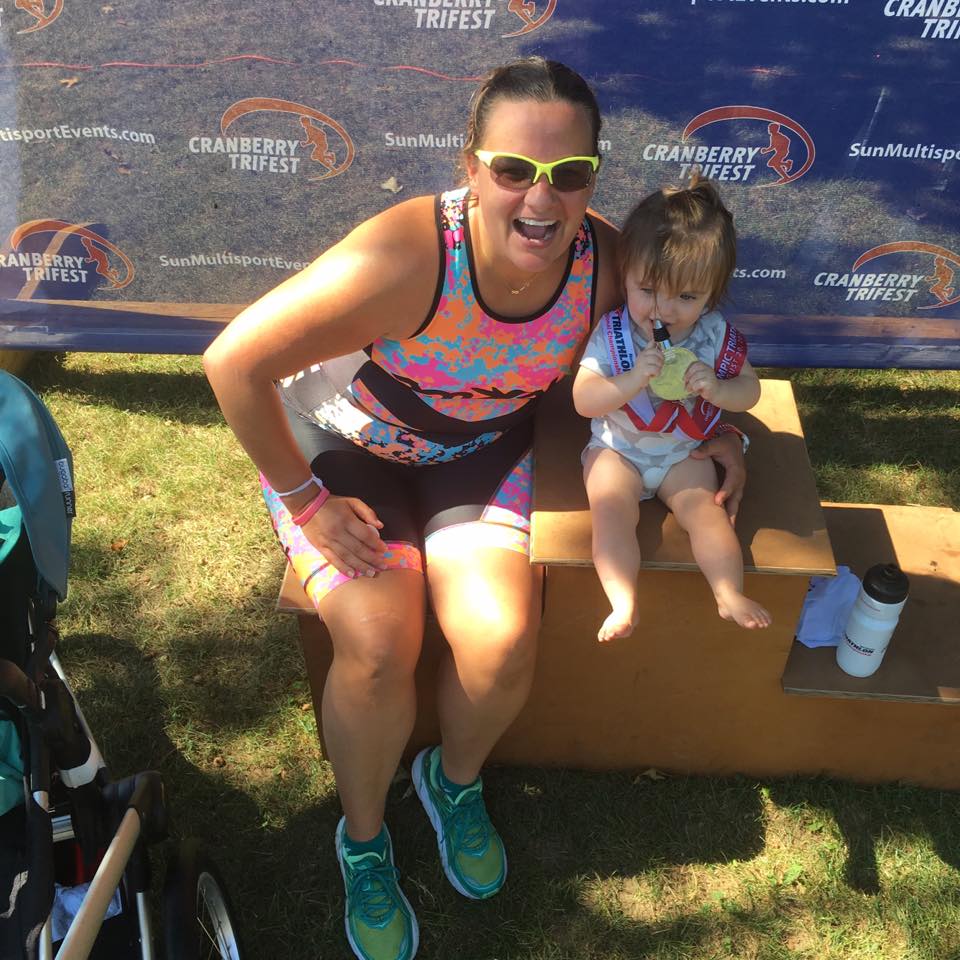 After having Ivy my why changed again.  Although I don’t think I knew it at the time.  If you asked me in 2017 or 2018 what my was was, I probably would have answered to get back to racing and get faster again.  What I didn’t realize is that my why was more complicated.  I was learning (and I’m still learning) that training and trying to race teaches me to give myself grace.  It makes me more empathetic.  It forces me to be patient.  And to appreciate small victories.  It also shows me that I can still do this.  I had a lot of frustration in 2017, 2018 and 2019.  Chasing after the past is hard.  There are a lot of failures.  And that’s okay.  I wasn’t clear on my why and it showed. 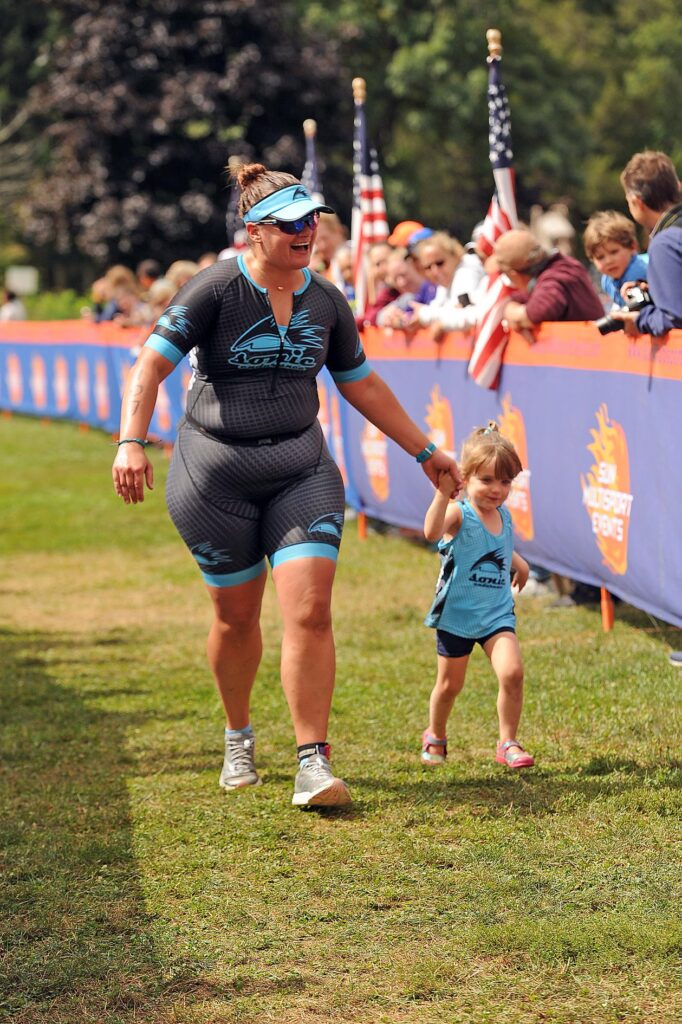 We would love to think, to believe, that progress it linear.  That we can get better every day as long as we put in the time and effort.  Life is a lot messier than that.

Right now as I sit at the end of 2020, which both personally and globally was a pretty terrible year, my why has changed again.  I train and I hope to race because I still can and because the process continues to teach me new things about myself.  Not all the lessons are pretty.  Well, most of the lessons aren’t pretty.  But I want to learn.  I want to explore my boundaries.  I want to discover what I able to do.  I want to push myself.  Maybe, most importantly, I want to see where my why goes from here.  Because regardless of my times, my power, my results, the most important thing in my long term training and racing is my why. 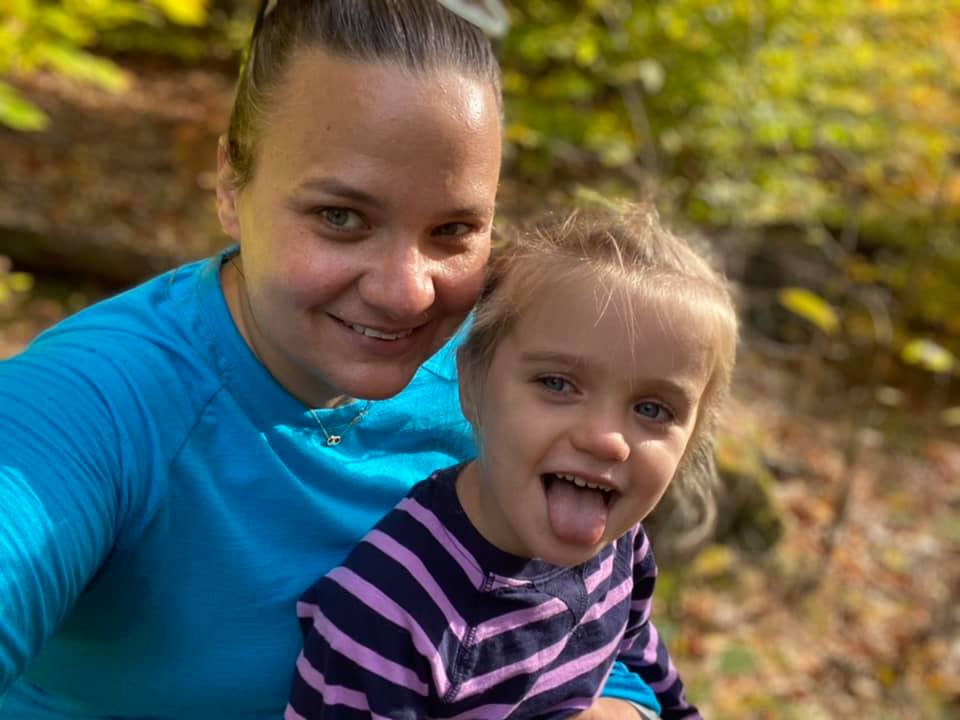