Skip to Content
By continuing to use this site, you agree to the use of cookies. Find out more
Home Blog Announcements Zwift Racing League Race Report, by Wendy Coin

Coach’s Note: We’re entering the winter months, and Zwift will continue to be a useful training tool for many athletes. There isn’t quite an experience like Zwift Racing — we hear often how it is the most difficult form of bike racing that they have ever done. That being said, racing also brings a lot of the competitive juices forward. For many athletes, Zwift Racing provides a better opportunity to validate FTP as opposed to a “traditional” test method. Just, as a warning: be prepared for the opening sprint to make the peloton! Here, Wendy Coin gives insight as to the Zwift Racing League points format and how racing might be of benefit to you.

The Vixen Team “Velocity” racing the Season 2021/2022 Zwift Racing League(ZRL) America’s East Women’s Division C2 by WTRL has moved up to 3rd place in the league after 4 of the 8 scheduled races. The Tuesday 10/19/21 race was a Points Race on Casse-Pattes. (Coach’s Note: this means that points would be awarded for intermediate sprints, KOMs, and for final finishing position.)  Racing this week were: Sara Horsey, Deb Dumerten, Snow Wellington, Melanie Suave, Tanya Appuhn and Wendy Coin. Faithfully in the air conditioned comfy Team Car was D.S. Jen Krueger.
Our D.S.’s instructions were simple: “I know I said to race your face off for the last race, well I really mean it for this race. Start out faster than ever and all of you try for the first sprint.” Simple.

Highlights of the race 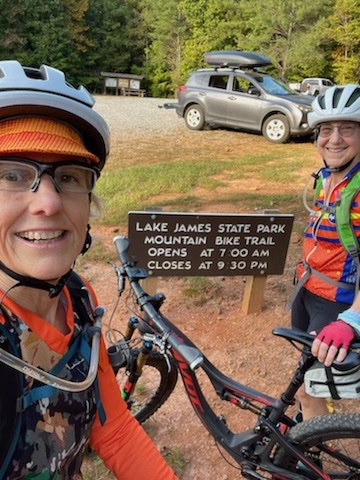 In every race of this series every member has contributed double digit points. We are now in 3rd place for the ZRL Season at the halfway mark. I am so proud of this team.