Skip to Content
By continuing to use this site, you agree to the use of cookies. Find out more
Home Blog Zwift Creating Community

There are lots of advantages to living in a rural area — lots of open and wooded space, brilliant views, lower land prices, no traffic, and the list goes on.  But one thing it lacks is people with similar interests nearby.  It can be lonely training alone so much of the time. 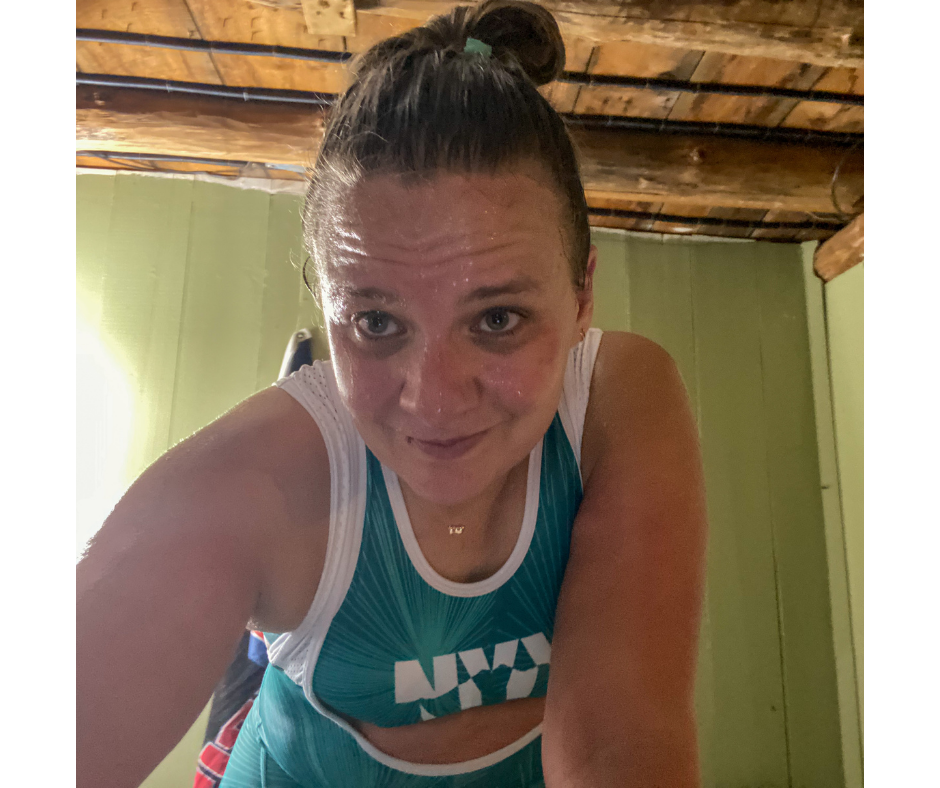 Over the past two years, I have learned that community exists where you make it.  In March of 2020 Ryan asked me if I would consider leading a women’s only group workout on Zwift for Slowtwitch.  The previous ride leader no longer wanted to make the weekly 6 a.m. commitment.  My immediate response was, “why not.”  I thought being the ride leader would entail planning a workout for the week and showing up to ride every Tuesday at 6 a.m.  My first week on the job there were maybe 10 women on the ride.  Most of them had been doing the ride without a leader for weeks.  I’m not sure how I introduced myself, or how they introduced themselves.  I’m not even sure what I said during that ride.  I do remember finishing the ride and thinking, this could work out really well. 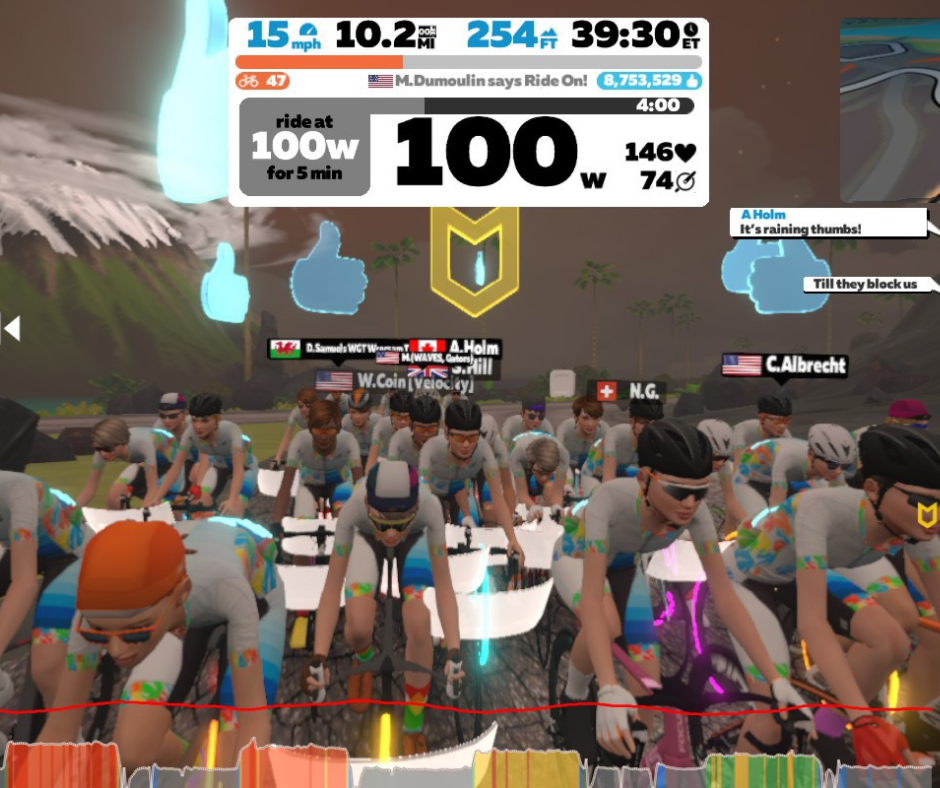 As the pandemic set in in and lockdowns dragged out our little group started to grow.  I got to know the core group of regulars, and in particular the outspoken and hilarious Wendy Coin.  Wendy is one of those rare people who acts as the glue in a group of people.  In what seems like an effortless way she connects people and then holds them together.  When it comes to the Tuesday rides, Wendy is our glue.  With the help of Wendy our little group grew to almost 100 riders per week during the lockdown weeks of the pandemic.  Tuesdays weren’t just about getting in a ride, they were about spending time (and working hard) with friends. 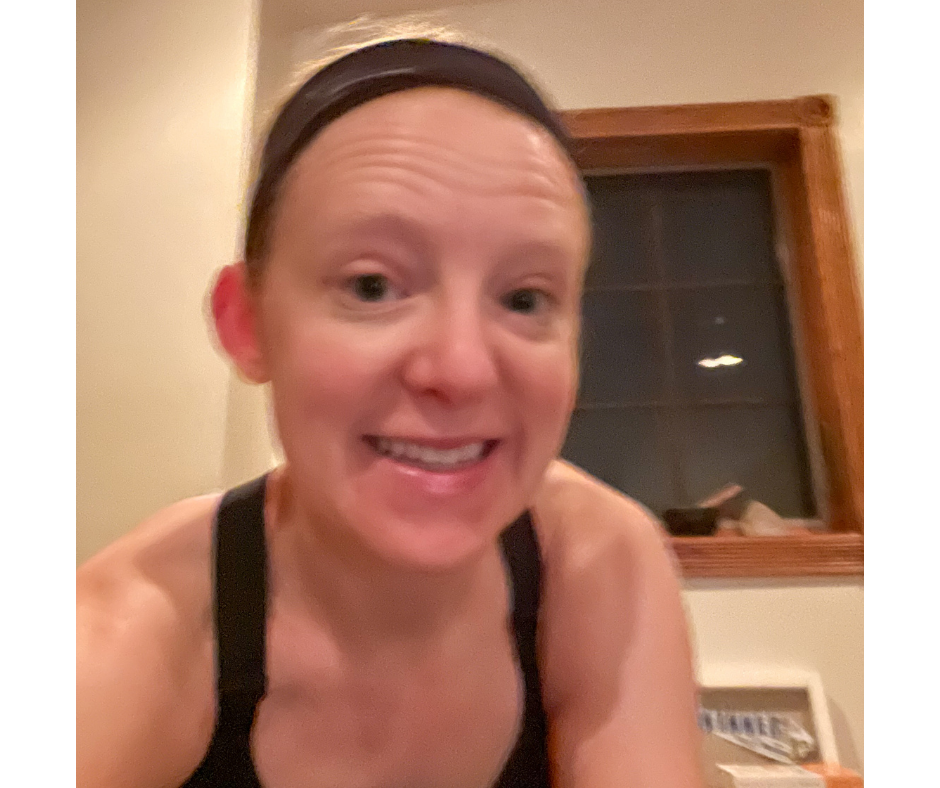 Over the last two years our numbers have fluctuated with the season and with what other events are going on in Zwift (Zwift now has scheduled the other big women’s only group workout at the exact same time as ours, which is less than amazing given how few of these workouts exist).  On any given day whether we have a big group or a small group we focus on inclusivity (everyone is welcome old or new), support (no questions are off limits), and getting hard work done together.  A lot of the workouts are stretch workouts.  They take a lot of physical and mental energy — just ask any of the regulars about Minutes of Power.  As a group we work through them and we all succeed. 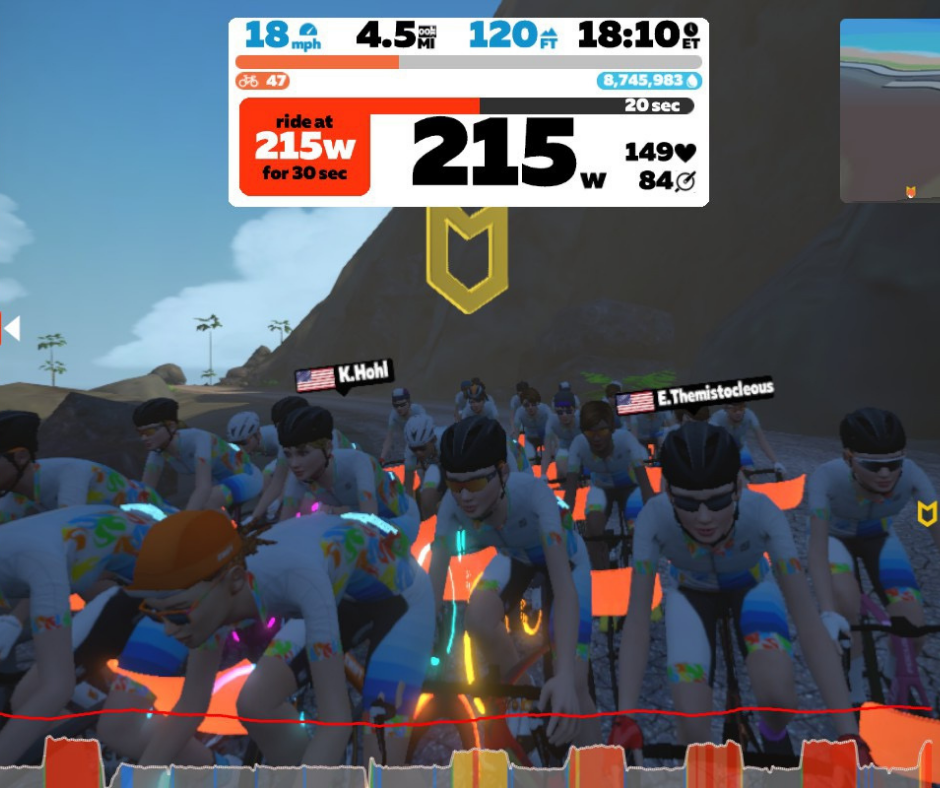 As an athlete and as a coach I have good weeks and bad weeks.  Some weeks motivation is plentiful and I hit all my numbers.  Other weeks it feels like the world weighs one million pounds and I’m exhausted beyond belief.  The one thing that doesn’t change is that I always look forward to our Tuesday morning rides.  I can’t say it enough: Tuesday rides, and the community we’ve created, is my favorite part of the week. 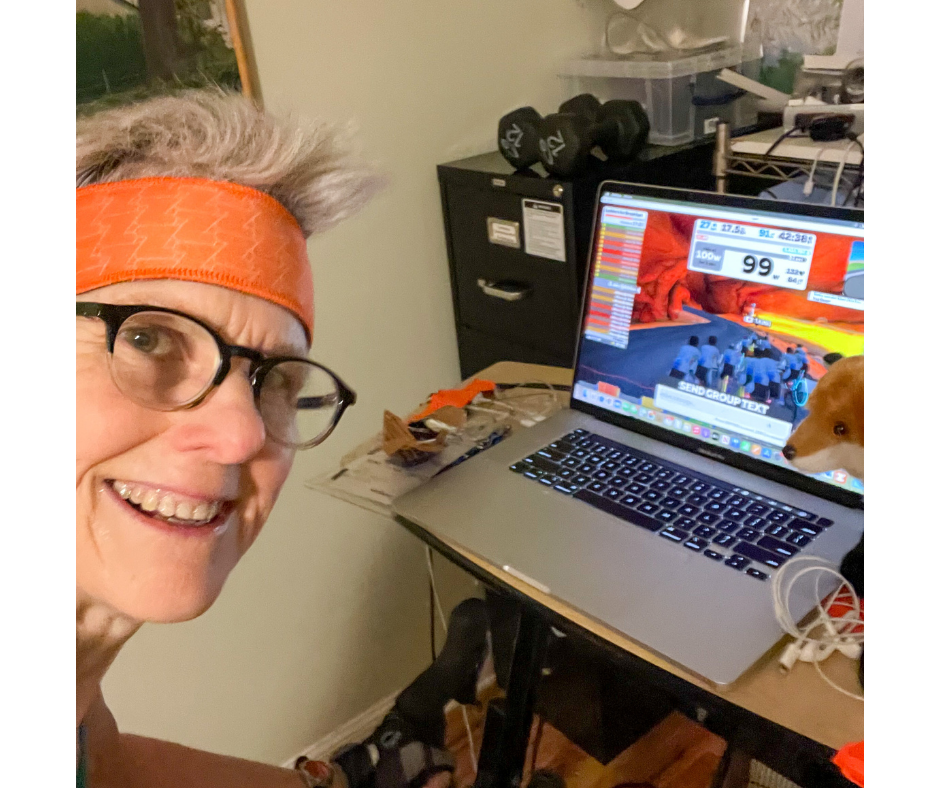